Association executives are continually seeking great speakers. And frequently, their board of directors expects them to do this without a budget–or one so small that the task seems impossible. I assure you, it is possible.

When is it cheaper to hire a professional than it is to hire free speakers?
The answer that many meeting planners would instantly offer is, never. The other day, I had an eye-opening conversation with the executive director of an association based in the eastern part of North America. If you answered the opening question the same way, hopefully, this will open your eyes.

The executive director said to me, “Ed, I discovered it was cheaper to hire you to speak for two days at my meeting than pay the travel and lodging expenses of the four free speakers that I was thinking of using.” For a couple years now I have been conducting multi-day for single-fee programs, and still, his comment was truly an eye-opener for me.
In an effort to be accurate, I should share some additional details with you. First, the meeting venue is Maui, Hawaii and some of the free speakers would fly from eastern North America. Second, I offer multi-day programs eliminating the need for additional speakers.

Deliver Value vs. Fill the Void
Do the people responsible for particular meetings want to offer usable take-home value for the meeting attendees or do they simply want to fill a void? There are a number of fearful situations for volunteer association leaders in which they just want to both be “safe” and organize a meeting “on the cheap” rather than to address the attendee and member value issue.

Not long ago, a meeting planner hired me to present at her national fall meeting. Since I live in the Greater Los Angeles area, she suggested that I might want to attend her coming Western Regional meeting that was to be held in Los Angeles.

I took her up on the offer and arrived early enough to hear the keynote speaker, a local college professor of marketing. Following the keynote, I said to the meeting planner, “I thought your members were in industrial…” She responded, “They are.” And then went into long discussion about how disappointed she was that the professor was so off-target for her group.

The Real Cost of Cheap
What percentage of the attendees from the above mentioned Western Regional meeting will rush to attend that same meeting the next year? What percentage will wonder if they again want to listen to an off-target college professor, who thinks he is addressing retailers but in reality is addressing industrial fabricators? How many potential following-year attendees did the professor lose for that meeting planner? Would this situation make your meeting appear to be shoddy or inferior?

Supplier companies love to send their representatives/salespeople to speak at conventions, as it is free publicity—even if they have to pay their own way. Sometimes the meeting attendees are lucky in that the supplier’s speaker will be motivating while offering usable content. Sometimes they are not so lucky, especially when the supplier’s speaker does not take the time (like the college professor mentioned above) to either understand the needs of the audience or plan an honest presentation. Too often attendees only get a sixty-minute commercial. After a sixty-minute commercial, what percentage of attendees will break down the doors to attend the following year?

What percentage of your other suppliers would also be outraged? How excited will they be the following year to belly up to the table and again pay more than their fair share for the meeting? Fair Share? Yes, suppliers always pay more than regular members. Associations justify the higher charge since they “get business” there.

Could the above combination of situations cost you 10 percent of your attendees the following year? And again cost you another 10% of the reduced number the year after that? And what about the following year? Could this be the reason for the downward spiral many associations are currently facing?

Saving with Professionals
Professional speakers live and die on their reputation. Please do not confuse celebrity speakers with professional speakers. Celebrity speakers get paid gobs of money to speak at a meeting, not because of their eloquence, but because of the average person’s desire to be in the same room with them—to experience them live. Their job is exclusively to attract people to the meeting. When I talk about professional speakers, I’m talking about the people that earn the lion’s share of their income from speaking at meetings or conducting trainings and their related books, tapes, etc. These are the people who generally interview and research the issues and needs of their audiences and tailor or customize their proven material for each unique audience. These people are experts in their field or experienced sorry tellers or humorists.

These are also the people your attendees expect at their meeting. These are the speakers that deliver solid take-home content while also creating a motivating environment. They have to be exciting, motivating and funny—or they don’t eat! Keeping in mind all that has been mentioned above, why in the world would you settle for a free speaker? Especially, when that choice could be the most expensive. Don’t your meeting attendees deserve the value they expect? 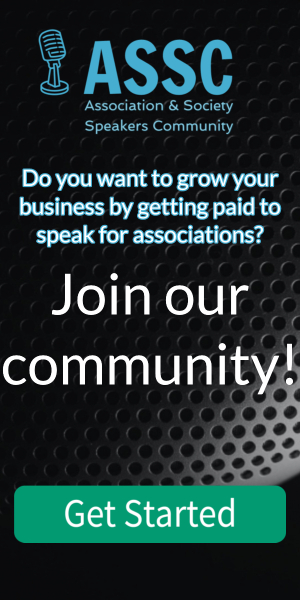